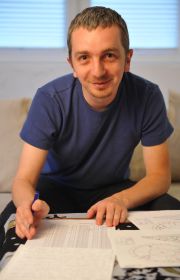 He became interested in astrology in 1991 after reading Mandala of Life by Leszek Weres and Rafał T. Prinke. He met Professor Leszek Weres seven years later, in 1998 and immediately became fascinated with his open and practical approach to astrology. He accepted the honour of becoming his assistant with gratitude.

In 1999 he taught his first astrology course. Since then he has been a dedicated teacher of the ‘royal science’ with more than two hundred astrology courses and workshops all over Poland. He is a graduate, and now also a lecturer, of approximately fourty Schools of Humanistic Astrology and Cosmoecology of Culture. 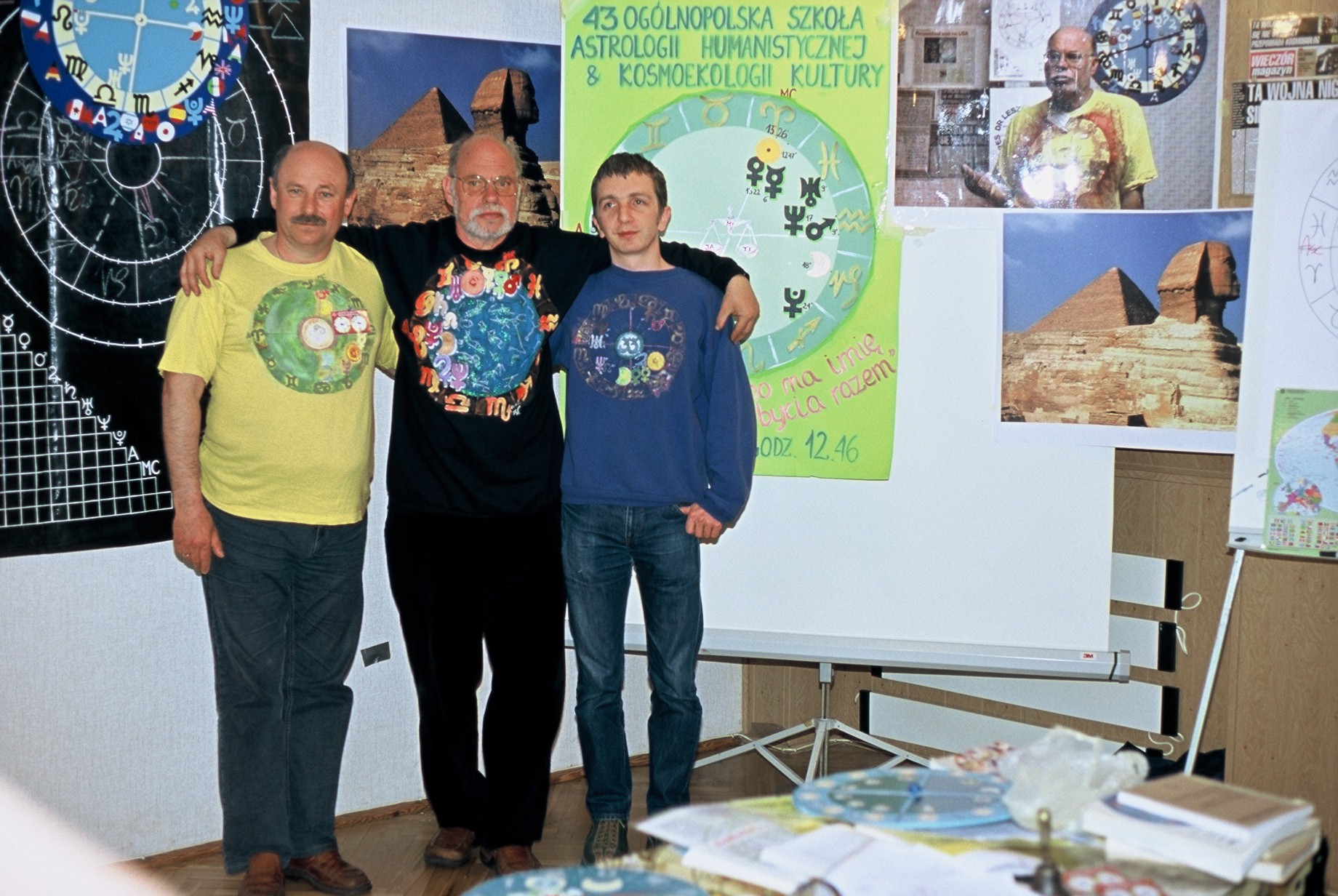 In 1999, as a co-founder and vice-president of The Association of Natural Medicine, he set up Section of Astrology in Kielce. In July 2007 a similar section was established in Lublin, then in 2004 in Warsaw and in 2007 in Wroclaw. Currently the section meet regularly in Warsaw for practical astrology workshops. In October 2007 he established the Institute of Humanistic Astrology (IAH) with a group of astrology enthusiasts and researchers. The mission of the Institute is to propagate a professional approach to astrology and the associated areas of knowledge. 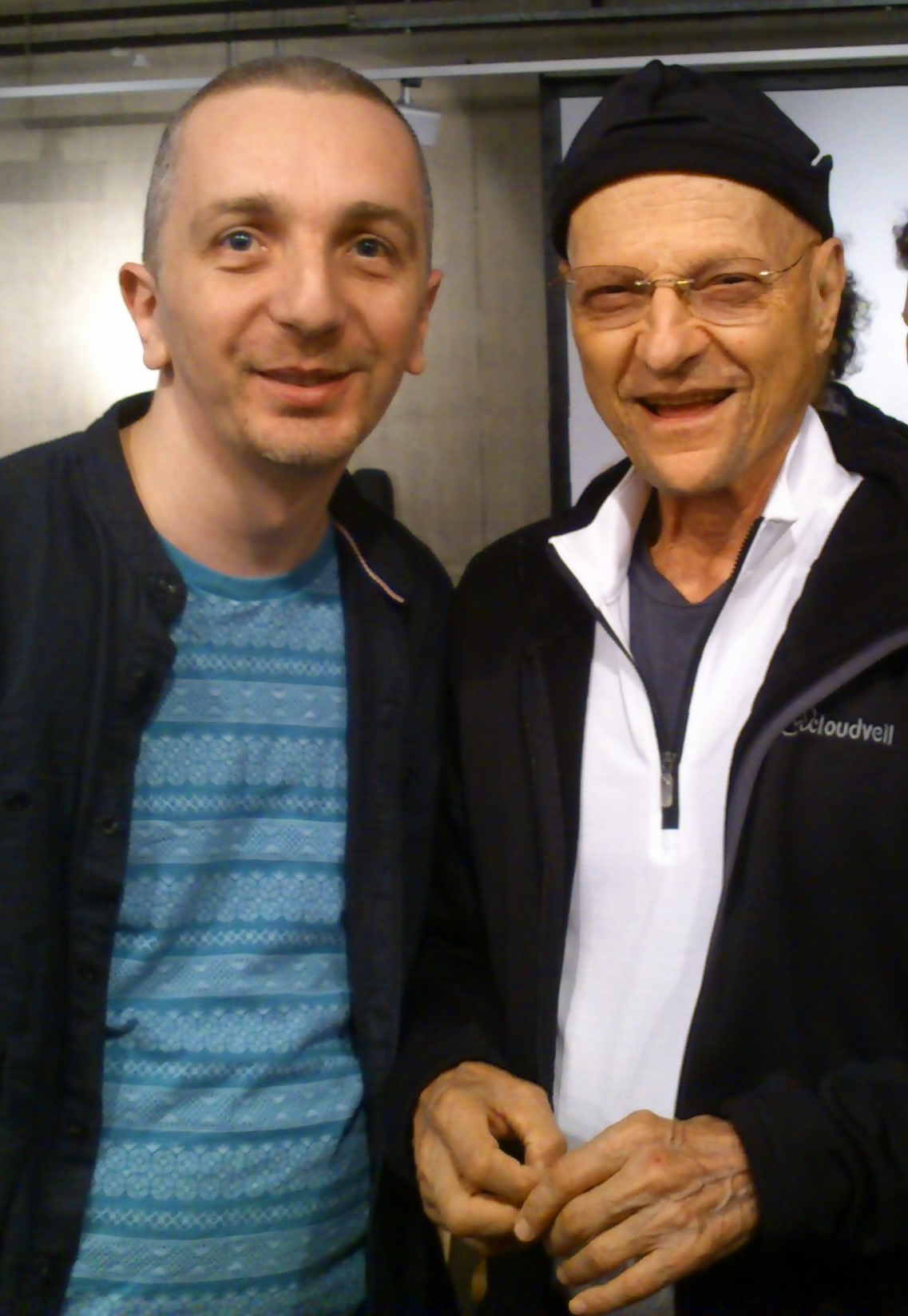 2009-2014 he studied psychotherapy of Process Oriented Psychology (POP). His studies made him sure that astrology and psychology are complementary fields of recognition of human psyche. Both astrologer, who do not know psychology and psychologist who do not know astrology, will be limited in the possibilities of their help. (foto: with Arnold Mindell, founder of Proces Oriented Psychology)

He provides consultations and astrological counselling – always face to face during an individual meeting. Each individual session is recorded; the recording is kept by the client. He specializes in natal chart interpretation and in synastry as well as in discovering and pointing out ways of reaching potentials shown in the charts of children and teenagers.

As a lecturer he has taught about 3000 hours and has recorded almost as many hours of individual and partnerships consultations.

Popularizing astrological knowledge, he gladly takes part in TV and radio programmes so that the public have a chance to hear that astrology has much more to offer than the pseudo-horoscopes and ‘prophecies’ found in popular magazines or on the Internet. 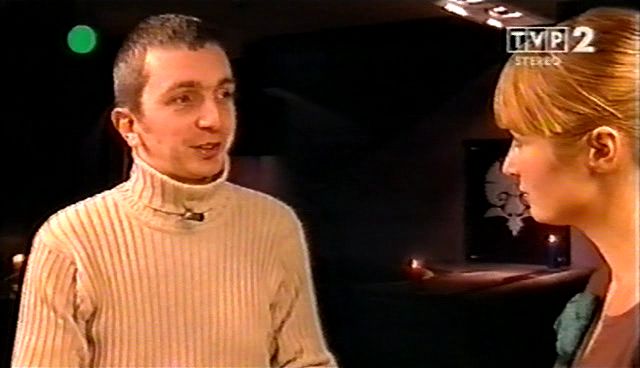 He considers astrology to be the most complete of all known systematic typologies of personality. It is a kind of knowledge which allows everyone to find out what their potentials are, to learn about their capabilities and gifts and to get to the bottom of any blocks and difficulties – in short, to learn the truth about oneself. Nobody is a single Zodiac sign. Each individual makes a zodiac journey from the Warrior (Aries) to the Mystic (Pisces) a number of times throughout a single lifetime. Astrology will tell you which stage you have reached on your Path and how to utilize this period the most effectively.